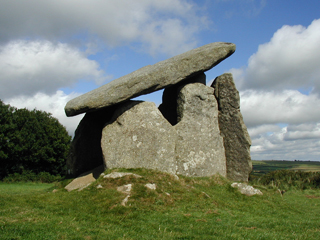 Bodmin Moor is dominated by dramatic granite tors which tower over the sweeping expanses of open moorland. Marshes and bogs on the high moor drain into shallow moorland valleys before the rivers cross onto softer shales around the Moor and carve themselves deep river valleys, providing shelter for rich, damp oak woodland

The grain of the landscape reflects the granite dominance. Standing stones, burial chambers, Cornish hedges, clapper bridges, cottages and farms are all built from the boulders which have, over the centuries, been cleared from the surface of the moor

Yet the Moor is surprisingly small, extending just ten miles by ten miles. The sweeping expanses of moorland and the lack of features give the impression that the upland covers a much larger area. Equally, the wealth of archaeological remains and the relatively few signs of the twentieth century create the illusion of timelessness 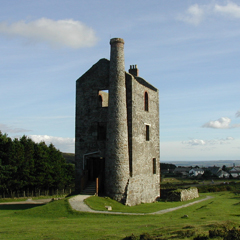 Historically, Bodmin Moor was a landscape which engendered fear and awe, but which has also provided inspiration for writers, poets and sculptors. It has generated folklore and legend, with fact and fiction at times blending into one another as tales were passed down over the generations

Perhaps one of Bodmin Moor’s most remarkable qualities, is its ability to suspend reality, taking the observer out of the twentieth century and placing them in a landscape of tors and open moorland, rich with ancient remains which span the centuries from prehistory to the present day

Though Bodmin Moor covers a comparatively small area, the open, gently curving nature of the plateau landform, punctuated by rocky tors, creates a surprising sense of scale, remoteness and even desolation. These qualities combined with the impression of timelessness, contribute to the Moor’s distinctive, often challenging, character. Though many of the roads are now paved, and access by car makes visiting the Moor easy, it is a still a landscape where the traveller can be faced with the natural environment in its most elemental form, where the unwary may easily become lost among the bogs in swiftly descending clouds and mist