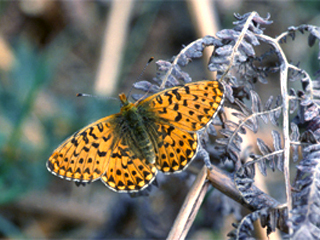 There are 56 native species of butterflies currently resident in the UK. A number of others occur as rare migrants or vagrants. This number is small compared with other areas of the world. In Europe there are approximately 560 species and in the world many thousands

Although other species, such as beetles, may also be good indicators of quality habitat, easy identification of butterflies has resulted in them being an excellent species for monitoring the environment. In addition, many butterfly species in Britain are near the edge of their European range and are vulnerable to slight changes in their environment. This vulnerability, together with their short life span and limited mobility, makes some butterfly species particularly valuable as indicators of environmental change 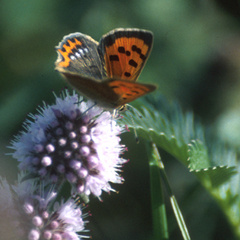 At the Earth Summit at Rio de Janeiro in 1992, the UK Government made a commitment to wildlife conservation by signing the Convention on the Conservation of Biological Diversity. This led to a new approach to conservation and the production of the UK Biodiversity Action Plan (UK BAP). The UK BAP lists 25 butterfly species as conservation priorities: 11 Priority and 14 Conservation Concern

Of the 60 or so butterflies recorded in Britain, about 39 are regularly recorded in Cornwall. A number of others do occur as rare migrants such as the Queen of Spain Fritillary. The Wood White, Brown Hairstreak and White-letter Hairstreak use to be resident in Cornwall but in recent years there have only been occasional sightings. It is still hoped that colonies of these butterflies might be found and the most likely areas would be in the north and east of the County. Cornwall has 10 BAP species

In 2005 we commissioned a survey of Butterlies on the farm. It was funded under Natural England’s Aggregate Levy Sustainability Fund and was complied by Sally Foster of Ensurv and is available as a 9mb PDF download (10 Mb). Please right click here and select “Save Target As…”

Msny thanks to Paul Browning, Steve Bassett, Lee Slaughter and Sally Foster for the information on this page
All photos are courtesy of the Cornwall Branch of Butterfly Conservation